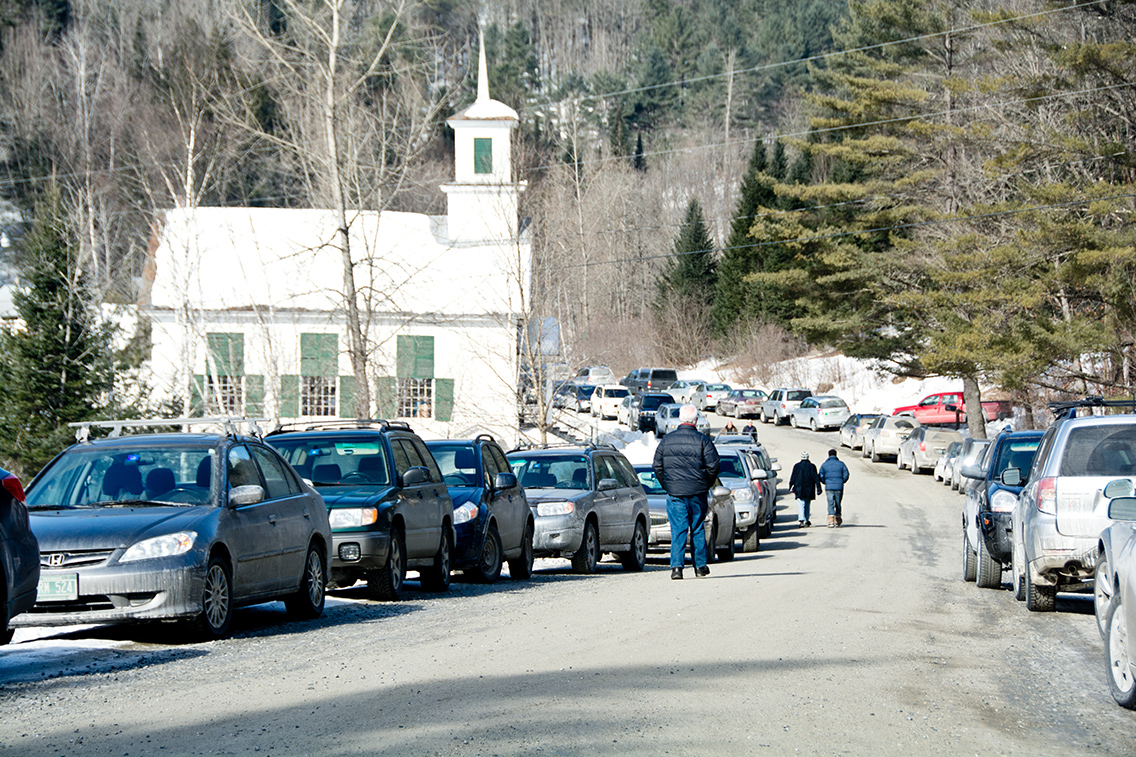 The Vermont Town Meeting Tradition: A Conversation with Former Governor Jim Douglas
February 21, 2022
by Erica 0 Comments
1 Like
Share
Listen to the Podcast

Town Meeting Day in Vermont is right around the corner. On the first Tuesday in March, Vermonters have traditionally gathered to cast their votes on local issues.

Town meeting participation in Vermont has been on the decline for several decades. Of course, the pandemic has further complicated matters. And former Governor Jim Douglas is worried that the Vermont town meeting tradition—a cornerstone of local democracy—might simply fade away.

“We have a tradition that we should value,” Douglas says in a new Happy Vermont podcast episode. “Most places in the country don’t have this opportunity.”

Douglas served as Middlebury’s town meeting moderator for 30 years– including while he was Vermont’s governor from 2003 to 2011. He stepped down as town moderator in 2019.

The first town in Vermont that was chartered was Bennington in 1749. The charter stated everyone would come together in a town meeting to make decisions that were required to conduct the affairs of the town. Vermont’s annual town meeting tradition essentially grew out of that concept. In fact, during the late 1700s, town meeting was perhaps the most powerful political entity operating in Vermont.

In 2022, according to the news outlet VT Digger, almost three-quarters of Vermont’s municipalities will replace March town meeting rituals with Covid-safe elections. About 40 towns, including Albany, Mount Holly, and Williamstown, are resuming in-person gatherings. Thirty are rescheduling local debate and decisions until spring.

To celebrate the tradition of Town Meeting Day, here are five measures—big, small, and a little offbeat—that Vermonters have voted on over the years:

-In 2006, voters near the Canadian border decided to add an “h” back to Alburg to honor the town’s original spelling, Alburgh.

-In 2008, voters in Brattleboro and Marlboro approved a non-binding measure that would instruct local police to arrest President George W. Bush and Vice President Dick Cheney if they ever visit for “crimes against our Constitution.”

-In 2003, 37 Vermont towns passed resolutions that demanded the labeling of genetically modified foods. Eleven years later, in May 2014, the Vermont Legislature passed Act 120, the law that requires labeling of food produced with genetic engineering.

-In 1982, Vermonters voted overwhelmingly to support a mutual freeze on nuclear weapons by the United States and the former Soviet Union.

-In 2013, voters in Cavendish, home of exiled former Soviet dissident and author Alexander Solzhenitsyn, decided to create an exhibit honoring him. In this episode of Happy Vermont, former Governor Jim Douglas talks about town meeting and his role as a longtime moderator in Middlebury. He also shares stories about his time as governor and what it was like to adjust to private life after leaving office in 2011.

Podcast: Stargazing at Stellafane in Springfield